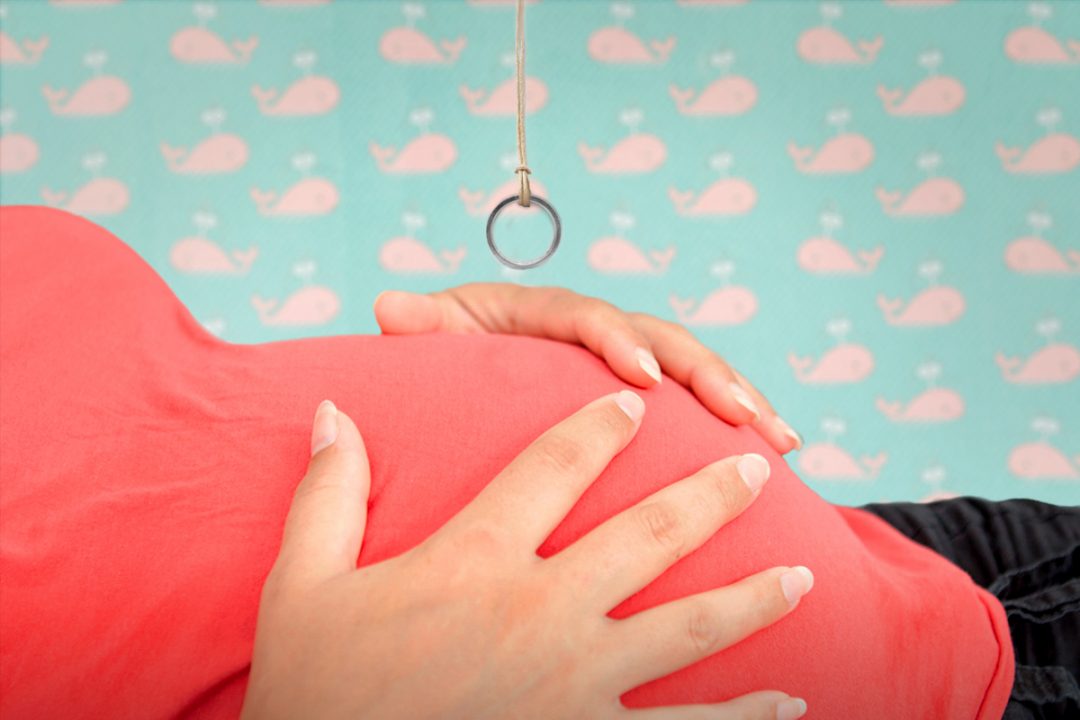 When you discover that you’re pregnant, there are a wave of emotions and so many questions – Will they look more like mum or dad? Will they like the same music or sports? Who will this person grow up to be? And while it doesn’t matter as much as the big questions, we still find ourselves asking, is it a he or a she?

You don’t have to be very far along before strangers will start commenting on (but hopefully not touching!) your bump and predicting baby’s sex from the way you carry or how radiant your face beams!

Waiting for the gender reveal can be torture, so just for a bit of fun, we’ve compiled 10 of our Favourite Old Wives Tales to determine baby’s sex!

Apparently if you’re belly is a nice round basketball, then it’s a boy. Looking more like you swallowed a watermelon? Then it could be a girl.

While we’re on the topic of the bump – carrying high is said to mean you’re having a girl, while nice and low could be a boy.

I heard this one all through my first pregnancy, while satisfying my overwhelming urge for salty crisps! If your cravings are for salty or savoury delights, then it could be a ‘he’, but if your tastebuds are after something a bit more sweet or juicy, a little ‘she’. (although it turns out my little lady just so happened to love the savouries too!)

This is one of my favourites! Using a sentimental ring, like your engagement ring or one you/your partner wears often, you thread a string or strand of hair through it and let it hang above the pregnant bump. This old wives tale test is said to predict all your children, so take note of the movement of the ring from the beginning. If it sways side-to-side like a pendulum, this is supposed to suggest a boy, while circling is a girl. Remember that if it starts by circling, then moves on to a swing, this could mean your first is a girl and the second a boy!

I can honestly say that perhaps my mother’s intuition isn’t as strong as it should be, because my guess has been wrong each time! But according to the wives tales, a mother’s intuition is stronger than a test and she’ll be able to predict the baby’s sex better than anyone.

Feeling less than radiant during your pregnancy? Hair going a little limp or dry? The old rumour has it, it’s because the baby girl is stealing your looks!

Is the baby’s other parent also gaining a little bit extra around the middle? This is said to be because the baby is a boy!

Now onto a few old wives tales that have a little bit of ‘science’ behind them. The first is determining your lunar age and month of conception to figure out the baby’s sex. Head on over to this Chinese Gender Chart for your prediction

If you have the heartrate results from one of your scans, apparently you can use that to predict a future of bows or bow-ties! This Heartbeat Predictor can help with the figures

The linea nigra is a brownish line (darker than your usual skin tone) that can appear on a pregnant belly, that runs right down the middle of the belly, to the pubic area. According to the old wives, if this line runs from the pubic area to above your belly button, it’s a boy! But if you don’t get a line or if it stops below your belly button, then it could be a girl!

So how did you go? Did any of these old wives tales ring true for your bub? Let us know over on our Instagram or Facebook!

Hosting a gender reveal or baby shower? We have a selection of partywear and keepsake gifts for your baby celebrations! Shop now.